Among the sights of Santorini, the Prehistoric settlement discovered in Akrotiri holds the scepter. For all the history lovers this excursion can be the motivation to discover all the beauties of the island, beginning from Akrotiri , as it is one of the most important archaeological sites in the Aegean.

It is located at the southwestern tip of the island and is 15 km from Fira.  Around 1870, the first traces of an ancient Minoan settlement had been accidentally revealed, during the works to get volcanic soil from Santorini in order to insulate the Suez Canal Bridge.

The systematic excavations began there in 1967 by Professor Spyridon Marinatos under the auspices of the Athens Archaeological Society and part of the findings can be admired at the Museum of Prehistoric Thira, in Fira.

What you need to know:

The first settlements in Akrotiri date from the Late Neolithic Age (at least from the 4th millennium BC). During the Early Bronze Age (3rd millennium BC) there was a settlement in Akrotiri. During the Middle and Early Late Bronze Age (20th-17th century BC) this settlement expanded and became one of the most important urban centers and ports of the Aegean. The variety of imported products found inside the buildings shows how wide the grid of Akrotiri’s external relations was. It maintained close relations with Minoan Crete but was also in contact with mainland Greece, the Dodecanese, Cyprus, Syria and Egypt.

Now you have the chance to explore the site as the excavations are covered by a protective ceiling structure, which provides shelter from the sun.

While the settlement can be explored independently, it’s more rewarding to go with a guide who can provide further information upon the historical facts.

What you can see:
Its large area (about 200 acres), its excellent urban planning, its sewer network, its elaborate high-rise buildings with exquisite frescoes, rich furnishings and home furnishings testify to its great development. However, no human remains or gold valuables were found, indicating that locals had already evacuated the island before the eruption.

Life in the city ended abruptly in the last quarter of the 17th century BC. century, when its inhabitants decided to abandon it because of strong earthquakes. The volcanic eruption followed. The volcanic materials that covered the city and the whole island protected their buildings and their contents to this day, as it did in Pompeii.

Marinatos decided to excavate Akrotiri hoping to verify an old theory he had published in the 1930s that the eruption of the Thera volcano caused the collapse of Minoan Cretan culture.

NOTES: tickets/guide at the excavations are not included in the price

Next destination for you:

Pyrgos used to be the capital of the island until the early 1800s.

Today, the village counts more than 500 inhabitants and it is well-known by organized tours. The village consists of traditional houses built all around the Venetian castle, and the small streets that follow the natural flow of the surrounding landscape.

The houses are the perfect example of Cycladic architecture and in superb condition.

The Venetian castle (kasteli) is one of the five on the island of Santorini and dates back to the 13th century. The fortified settlement is built on the hill and offers superb views of both sides of the island. The village has many churches: the church of Theotokaki with its beautiful frescoes and old icons, Agia Triada, the church of Agia Theodosia, the Archangel Michael and many others.

There you’ll have the chance to walk through the narrow streets of Pyrgos, have a coffee or do your shopping to its local stores.

For the return, you can end your excursion at your starting point (hotel etc) or you can finish at the capital which is Fira.

There are plenty of options for you there, since it’s the “heart of Santorini” and for the History lovers there’re two of the most important museums of the island: the Archaeological Museum of Thera and the Museum of Prehistoric Thera which offer a multitude of relics and historic items from the whole island.

Isn’t it the best way to finish your adventurous trip?

* If you are a tour operator inquiry 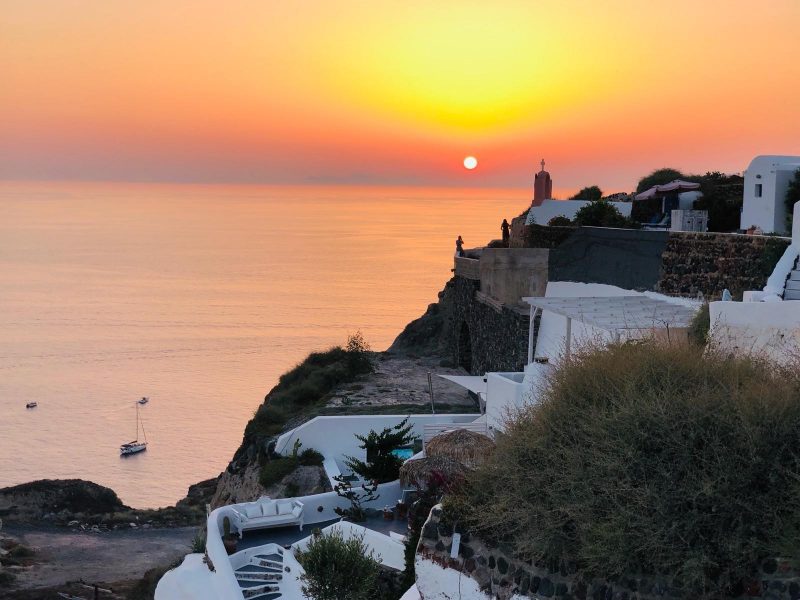 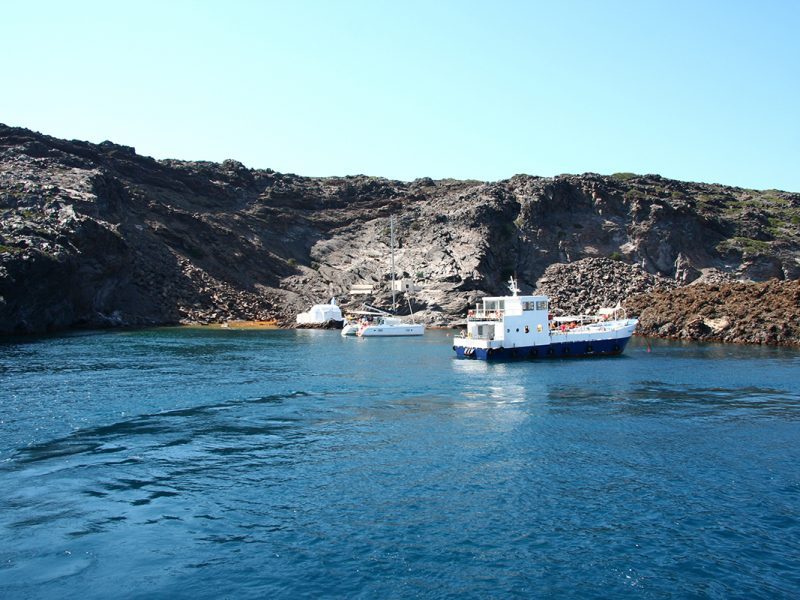 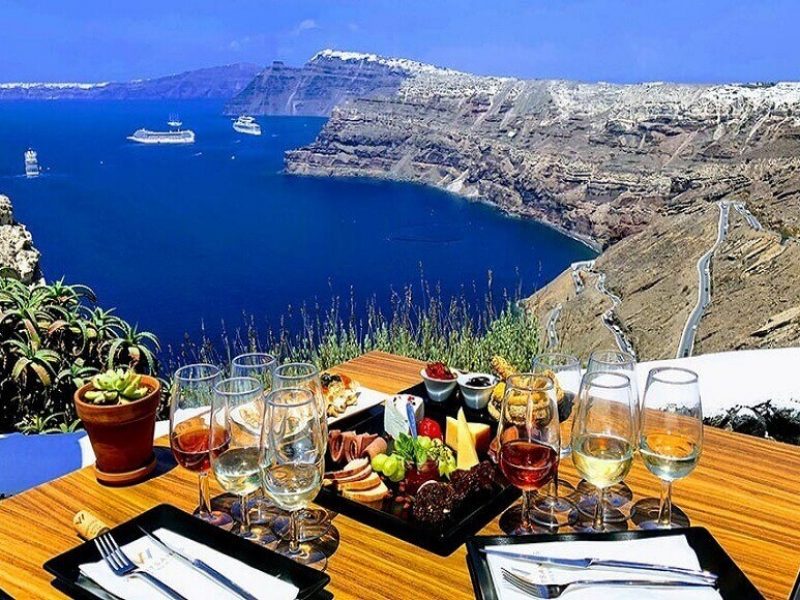 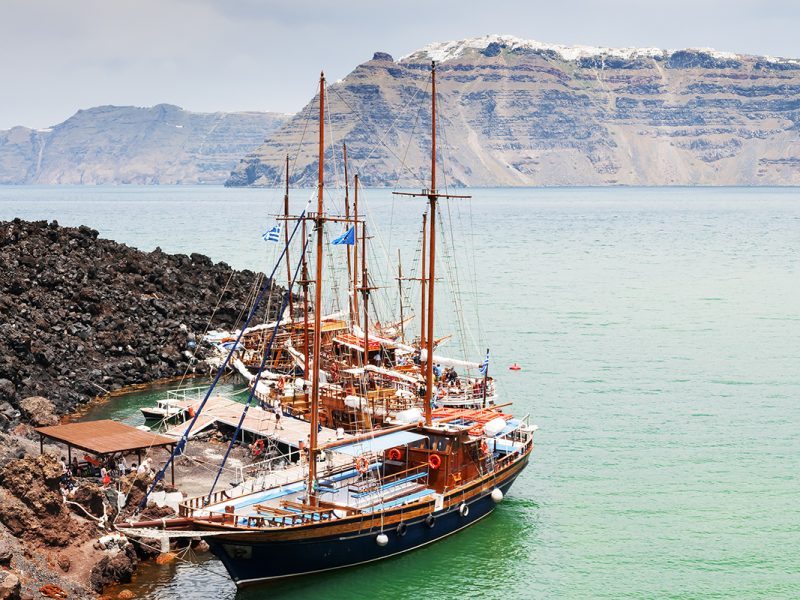 14:00 - after sunset
from 25,00€
Copyright © 2022 Website Development Thessaloniki by SmartWebDesign

We use cookies on our website to give you the most relevant experience by remembering your preferences and repeat visits. By clicking “Accept”, you consent to the use of ALL the cookies.
Cookie settingsACCEPT
Manage consent

This website uses cookies to improve your experience while you navigate through the website. Out of these, the cookies that are categorized as necessary are stored on your browser as they are essential for the working of basic functionalities of the website. We also use third-party cookies that help us analyze and understand how you use this website. These cookies will be stored in your browser only with your consent. You also have the option to opt-out of these cookies. But opting out of some of these cookies may affect your browsing experience.
Necessary Always Enabled
Necessary cookies are absolutely essential for the website to function properly. These cookies ensure basic functionalities and security features of the website, anonymously.
Functional
Functional cookies help to perform certain functionalities like sharing the content of the website on social media platforms, collect feedbacks, and other third-party features.
Performance
Performance cookies are used to understand and analyze the key performance indexes of the website which helps in delivering a better user experience for the visitors.
Analytics
Analytical cookies are used to understand how visitors interact with the website. These cookies help provide information on metrics the number of visitors, bounce rate, traffic source, etc.
Advertisement
Advertisement cookies are used to provide visitors with relevant ads and marketing campaigns. These cookies track visitors across websites and collect information to provide customized ads.
Others
Other uncategorized cookies are those that are being analyzed and have not been classified into a category as yet.
SAVE & ACCEPT